Day 1 - Joy of Luck - Willette Photography Assignment.
Gift: Something I have been blessed with and maybe even something I take for granted.
[ there is no greater gift than the gift of Salvation ]
I know I'm a few days behind, and in fact, I wasn't even planning on taking part in this 'Joy of Luck' one week long photography assignment. But I was intrigued and I felt that it was a chance for me to tell my conversion story, in other words, when and how I became a Christian. There are very few times that I write about myself on Lilah's blog, I usually just post about the things we do, the things she says, accomplishments, firsts, etc. I record these moments so Lilah can read about them when she is older, because after all it's a journal about her, for her. But if there is one thing I want her to know and read about me, it is the story of my conversion. Let me start by saying that I don't believe in "luck" - that probably sounds strange coming from a 'Luck o' the Irish' gal! Heh! That being said, I do believe that the Lord blesses with many many blessings and I have indeed been the recipient to many of His wonderful blessings. The greatest of these being God's gift to me - His Son. If I didn't have the Lord Jesus in my life, I would have nothing. I'm thankful for God fearing parents that taught me the truths of the Bible - warning me of the sinner's destiny and reminding me of God's perfect plan of Salvation. They made sure I was constantly under the sound of the Gospel, listening to Gospel messages. Their earnest prayer was that I would be saved. I came to know the Lord Jesus Christ as my personal Saviour on the 13th of October 1992, I was 15 years old. I'd been attending a series of Gospel Meetings at the time, in Bessbrook, Northern Ireland. That particular night the preacher (John Rogers) had spoken on the Phillipian jailer's conversion story, from Acts 16. I'd heard this passage spoken on many times before, but this time it was different. This time I was listening intently, I'd made up my mind that more than anything in the world, I wanted to be saved. Saved from the consequences of my sin - hell and damnation, forever. Later that evening, at home in my bedroom, I read Acts 16 verses 30 and 31 again: "Sirs, what must I do to be saved?", even though I knew this was the cry of the Phillipian jailer, I truly felt like I was crying it from my heart too. And then I read the next verse: "Believe on the Lord Jesus Christ and thou shalt be saved". It was at that moment that I realized, that's all I had to do - believe it. God gave His only Son, the Lord Jesus, to take the punishment and die for the sins I had committed. And all I had to do was accept that He did it for ME, a hell deserving guilty sinner. I bowed my head and wept, and thanked God for giving His Son for me.


It's a short story, but it has a great depth. I owe Him so much for giving His life for me. I owe Him for all the blessings that He has given me. Indeed, I owe Him my life, a life that pleases and glorifies Him. And no matter how hard I try, I know I fail at this. But I am thankful that I am reminded in His word, that His love never fails. A few years later I was baptized (by immersion) and received into Assembly Fellowship. Since moving to Canada, we (as a family) attend the River Road Gospel Hall. I am so thankful that the Lord has given me a 'family' of sisters and brothers in the faith. I don't know where I'd be without them. If you're interested, the website below has lots more conversion stories. Many, more eloquently written than mine, however, we all share the same faith, the same Father and the same heavenly prospect. Praise God!
www.gospelhall.org 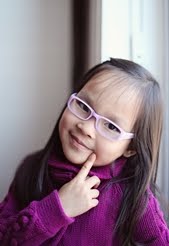